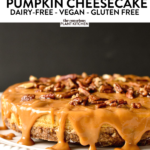 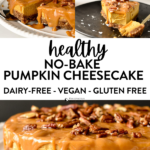 This Vegan Pumpkin Cheesecake is a healthy recipe made with cashew nuts and no dairy.

It has the most creamy pumpkin spice-flavored filling on top of a pecan crust and topped with homemade caramel sauce.

If there’s one vegan dessert you need to make for your Vegan Thanksgiving table, it’s a vegan pumpkin pie or this vegan pumpkin cheesecake.

Both are the most wonderful vegan Fall dessert packed with pumpkin flavors. Plus, I tested these desserts on non-vegan eaters, and it’s a total hit every time.

Why You’ll Love This Dessert

This vegan cheesecake is naturally:

How To Make Vegan Pumpkin Cheesecake

There are many ways to make vegan cheesecake recipes. Some are baked cheesecakes using vegan cream cheese, and some are made from soaked cashews, like this recipe, and don’t require an oven.

First you need to make the pumpkin curst with the ingredients below:

All you need to make this no-bake pumpkin cheesecake recipe are:

First, prepare an 8-inch round springform pan. Spray the sides and bottom with olive oil or rub melted coconut oil over the pan.

Next, cover the sides and bottom with parchment paper and oil. Set aside.

Finally, place the cashews in a bowl, cover it with boiled water, and set it aside for 1 hour to soften.

Make sure the dates are soft and fresh, or the crust ingredients won’t come together very well.

Blend on high speed until the pecans are fine like flour and form a sticky batter.

Open the food processor and press the dough with your hands. If too dry, add one tablespoon of water.

Process again to combine. The batter should stick together very well when pressed in your hand palm.

Depending on how dry your dates are, you may need up to 2 to 3 tablespoons of water.

I only added one tablespoon. Transfer the crust ingredients onto the prepared round pan and press evenly using the back of a measuring cup.

You want to form a smooth, even layer. Place the pan in the fridge while making the pumpkin cheesecake filling.

First, drain the cashews in a sieve, rinse and drain.

Shake the can of coconut cream before measuring the amount required by the recipe.

Blend on the high-speed setting until it forms a creamy pumpkin filling that has no bits or pieces of cashews.

I blended my mixture for 1 minute on speed 10 of a Vitamix blender and used the tamper attachment to help the ingredients come together.

Remove the pan from the fridge and pour the pumpkin cheesecake filling over the crust.

Smoothen the top using the back of a spoon, then gently tap the pan 2-3 times on the benchtop to remove any air bubbles trapped in the filling.

Refrigerate the cheesecake overnight. I like to add a piece of plastic wrap on top of the cheesecake after it has firmed up, about 2 to 3 hours later.

Place the wrap in contact with the cheesecake topping to prevent it from drying.

The next day, prepare the peanut butter caramel recipe.

Remove the cheesecake from the fridge and peel off the piece of plastic wrap on top.

Release the cheesecake from the pan, opening the ring of the pan first.

Then, slide the cheesecake from the pan onto a pie plate.

This recipe is the best vegan dessert to make ahead during holiday season.

You can make the cheesecake days in advance and even freeze the entire cheesecake in a cake box for up to one month!

Thaw the day before serving in the fridge.

This pumpkin cheesecake can be stored for four days in the fridge in an airtight container like a large cake box.

You can freeze the cheesecake for up to one month in a sealed box.

You can serve this pumpkin cheesecake plain or add some of the delicious vegan toppings below:

Below are some options to make this vegan cheesecake even if you have food allergies:

Below are my answers to your most frequent questions about this healthy pumpkin cheesecake recipe:

Can I Skip The Oil?

No, you can’t skip coconut oil in this recipe, or the filling will be too soft and won’t hold its shape when released from the pan.

Can I Use Homemade Pumpkin Puree?

I don’t recommend that option because it adds too much moisture to the filling making the cheesecake runny.

Is This Vegan Cheesecake Healthy?

Yes, this is a healthier pumpkin cheesecake recipe because it doesn’t use any brands of vegan cream cheese , which are often higher in saturated fat compared to cashews.

Plus, it’s sweetened with unrefined sugar, and the crust is naturally made from wholesome ingredients: nuts and dates. No graham cracker crust is needed!

How Can I Make Pumpkin Pie Spices?

If you like vegan desserts, you’ll love these recipes: 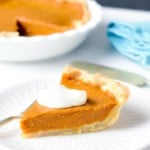 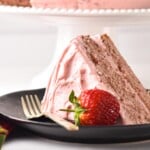 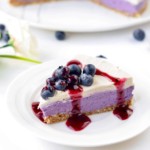 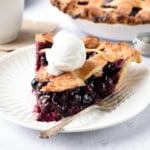 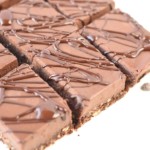 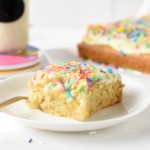 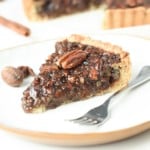 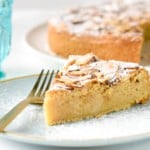 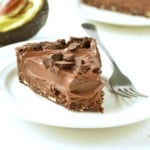 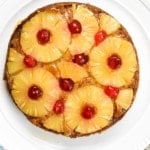 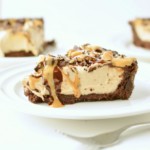 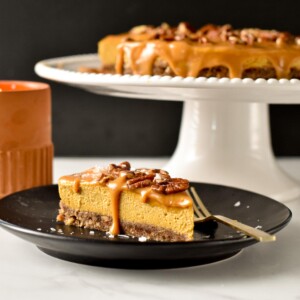